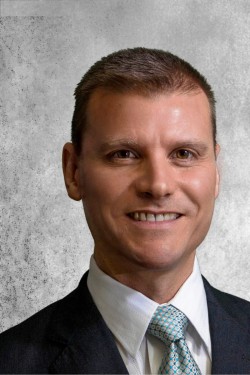 Dr. Ross is Board Certified in Neurology (2006–present), Sleep Medicine (August 2011–present), and Neurophysiology (October 2010–present). He holds a current State Physician License in Florida (2006–present) and has been in practice since 2006.

Serving as Medical Director for the Pensacola Sleep Disorders Center, Dr. Ross enjoys seeing patients with a wide range of sleep disorders. While he enjoys all areas of neurology, he is particularly interested in preventative treatment through nutrition and lifestyle modifications. Dr. Ross also enjoys teaching and regularly trains medical students and residents who rotate through the clinic.

Dr. Ross regularly volunteers his speaking skills as the narrator for Time to Shine Center for Performing Arts at their frequent performances.  He periodically accompanies the performers on his French horn.

Dr. Ross served on the Pensacola Symphony Orchestra Board of Directors from 2009–2013, and enjoys spending time with his family, working out, reading and roasting his own coffee. He is an avid University of Michigan football fan (GO BLUE!), but is open-minded enough to treat his patients who are Ohio State fans.

Dr. Ross and his wife, a dance teacher, have two young daughters.

Baptist Medical Park – On the corner of Nine Mile & University